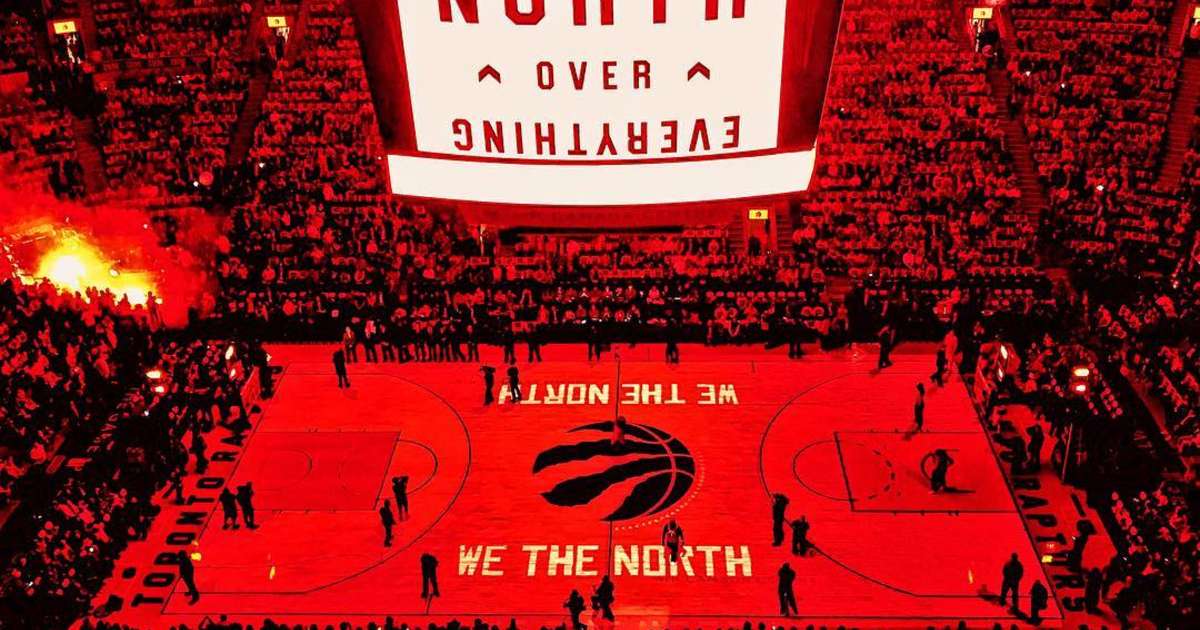 The Kawhisis is over, as Kawhi Leonard has been traded to the Toronto Raptors.  The most compelling part of the Kawhi Raptors trade for me is that the guy who grew up outside L.A., went to San Diego State, and then played his entire career until now in San Antonio, may actually see snow for the first time in his entire life come winter.  This bodes well for the Lakers.

In all seriousness, Toronto has gone all in on the year 1 E.A.L (East After LeBron).  It’s a bold move, and I love it.  I don’t love the Spurs side.  In theory you could just stop reading right now, but here are a bunch more words on the Kawhi Raptors trade analysis.

Not too long ago, I posited the idea that the Portland Trailblazers should trade for Kawhi, and the entire thing was very similar to the Paul George, OKC trade.  Kawhi was another star demanding to be traded to the Lakers, with one more season on his contract before he had the ability to hit free agency.  The Blazers were a capped out team with no clear path to jumping from solid regular season team to true contender.  Roll the dice.

This is basically the exact same thing.  The Raptors are capped out and had no real path to adding a superstar to this group and raising their ceiling, unless they were willing to gamble on a Kawhi Leonard deal knowing it might be a one year rental.  The Raptors decided to take the gamble, and it was absolutely the right decision.

With LeBron having moved out West, it would have been interesting to see how far the Raptors could go if they ran it back with the same group.  Instead, it appears Raptors general manager Masai Ujiri made the determination that this iteration of the Raptors had already reached its apex, or that Boston and/or Philadelphia had already surpassed Toronto, and it was time for a change, even at the risk of an expediting a rebuild.

The Raptors gave up very little in this trade.  A healthy Kawhi (we still don’t know his current health status) is a top five player, and a significant upgrade over DeMar DeRozan.  In order to achieve that upgrade, the Raptors surrendered a protected first round pick along with Jakob Poeltl, while also taking back Danny Green.

The pick is protected 1-20 for the 2019 draft, and if it doesn’t convey, it becomes two second round picks in 2020.  I cannot stress how big of a win this is for the Raptors.  If Leonard plays the entire season, the pick figures to be in the 25-29 range (assuming you find the Warriors unbeatable).  So it’s a low value first.  If Kawhi is still injured and misses significant time, or sits out the season in protest (which I give a 0% chance of happening for the record), then Toronto will likely end up keeping the pick that you would imagine will hover around 18, and then had over two seconds in 2020.

For the Spurs, the pick protections give this pick practically no upside with decent risk.  Big win for Toronto on this particular asset.

I’m a Jakob Poeltl believer, perhaps even a truther, but I also realize he is, through the rosiest colored glasses, the Raptors’ third best young player.  OG Anunoby and Fred VanVleet are the two best, and then in some order Poeltl, Delon Wright, and Pascal Siakam.  I’ve essentially heard unanimously that both Wright and Siakam are ahead of Poeltl in the pecking order, and I’m not arguing, I just really like Poeltl.

Poeltl doesn’t come without flaws, however.  He provides no floor spacing, as he has attempted two 3-point shots total in his two professional seasons, and has taken 73.1% of his career field goal attempts within three feet of the basket.

Finally, per Zach Lowe, the Spurs sent the Raptors $5 million in cash as part of this trade in order to pay Toronto’s luxury tax hit linked to Kawhi’s 15% trade kicker.  I don’t believe the Toronto could have possibly done better in this trade.

The defensive potential of the new look Raptors might be as high as any team in the league, and I don’t believe that’s hyperbole.  Lineups featuring Kyle Lowry-Green-OG-Kawhi will have four plus defenders all capable of switching.  Both Danny Green and Lowry ranked within the top 20 last season in Defensive Box Plus Minus, with Green finishing 4th.  Healthy Kawhi is the best perimeter defender the NBA has seen since Scottie Pippen.  If those four are flanked by Valanciunas, an underrated rim protector, it figures to be one of the best five man defensive units in the NBA.

If Toronto wants to play five-out, they can put Ibaka at center and have no shortage of lineup configurations to fill out the other four spots with four shooting threats.  Specifically for their two best players, think about all the space Lowry and Leonard will have attacking the basket with no one clogging the lane.

It shouldn’t come as a surprise if Valanciunas unveils a 3-point shot next season.  He is a career 78.5% free throw shooter, and has exceeded the 80% mark each of the past two seasons.  He also is a career 41.7% shooter from 10-16 feet, and a 40.7% career shooter from 16 feet out to the 3-point line.  This all suggests he has good shooting touch and the ability to extend his range.

If Kawhi does leave the rebuild would initially come in the form of having a decent draft pick in 2020.  Despite moving DeRozan’s contract, Toronto won’t have significant cap space in the summer of 2019.  I would project Valaciunas to pick up his $17.6 million player option, and that C.J. Miles will opt out of his $8.7 million dollar option.

The center market in 2018 was extremely tight, and I figured Valanciunas won’t do better than his player option in free agency in 2019, despite the market place having significantly more cash available.  It will also be his age 27 season, so he isn’t in a rush to score a last big contract.  C.J. Miles is the opposite, as 2019 will be his age 32 season and he may look to lock up a last big contract in a market place flush with money.

However, moving into the summer of 2020, the Raptors have only two players under contract now; Norman Powell and OG Anunoby, for a total committed payroll of $14.8 million.  This would be Toronto’s opportunity to strike in free agency, or use the cap space to take on bad contracts and build up draft capital.

This is a home run for the Raptors, and if Kawhi leaves that is just gravy on top.  Or Canadian bacon on top.  Top five players don’t grow on trees, and they are franchise changers.  DeRozan wasn’t good enough to ride into the next generation of this team after Lowry falls off, but Kawhi is that good.  The odds are he leaves, whether it be for L.A. or somewhere else with some other free agents.  But the organization swung for the fences to raise their potential as high as possible in the post LeBron eastern conference after determining this core group had gone as far as it could.

The Spurs made a tactical decision to maximize their potential in the next 1-3 years.  It’s the only way to explain their preference for this package built around DeMar DeRozan as opposed to pick heavy packages from Boston, or a Dario Saric/Robert Covington/Miami 2021 first-rounder package from Philadelphia, both reported by Zach Lowe.

The other explanation, which coincides with the first one, is that San Antonio really, really values DeRozan.  Given that Greg Popovich is 69 years old and probably doesn’t want to oversee a rebuild, this makes sense.  The deal is still short sided, and the Spurs didn’t get a young prospect or a draft pick that could end up as a winning lotto ticket.  When trading someone the caliber of Kawhi Leonard, I want a lotto ticket.

The common refrain in all these write ups is that the Spurs have now strapped themselves into mediocrity in a stacked western conference overlorded by an unbeatable Warriors team.  The west is stacked, and Golden State is tremendous, but I’m going to push back on the strapped into mediocrity thing.

San Antonio functionally won 47 games last season without Kawhi Leonard.  They basically just swapped Danny Green for DeRozan and Poeltl, among players that contributed in 2017-2018.  They also swapped out Kyle Anderson for Marco Belinelli, moved on from Joffrey Lauvergne, drafted Lonnie Walker, and watched Tony Parker leave for Charlotte.  Add it up and I think the Spurs are better than the Kawhi-less Spurs of last season.

What’s their ceiling? 50 wins? 52 wins? They aren’t title contenders, we know that, but only Golden State and Houston won 50+ games in the western conference last year.

Looking forward to next summer, San Antonio has a pathway to opening a max salary slot.  Assuming the team the team waives and stretches the $6.7 million guaranteed on the final year of Pau Gasol’s contract, the Spurs can open up around $16.4 million in cap space.  Now armed with an additional first round pick, they have an extra asset to get off of the Patty Mills contract.  If they can then move either Bertans or Belinelli, which should cost a single second rounder, they can get up to another $20.3 million in space, totally $36.7 million in room.

The starting max salary for guys like Kyrie Irving, Jimmy Butler, and Klay Thompson next season is $32.7 million.  Remember, the Spurs were Kyrie’s preferred destination when he asked for a trade in Cleveland.

It still is odd that the Spurs did not get OG in the trade, or a more lightly protected pick.  They settled for Poeltl, but as previously discussed he does nothing to help with spacing.  Any combination of the three-man big rotation involving Poeltl, Aldridge, and Gasol will create crowded lanes on the offensive end.  Lineups involving any two of those three plus Dejounte Murray are going to see three defenders standing in the paint.

The Spurs will like Poeltl though, as he ranked 4th in the NBA last season in defended field goal percentage on shots within 6 feet of the basket, among players that played in at least 41 games and defended at least 4 such shots per game (Gasol finished 3rd and Aldridge finished 7th).  He is also rather efficient, posting a 66.2 true shooting percentage last season, with an eFG% of 66.  He also posted 9.5 rebounds and 2.4 blocks per 36 minutes.

San Antonio also surrendered Danny Green in this trade, leaving the team very thin on the wing, especially defensively.  At his best DeRozan is below-average on defense, and terrible at his worst.  The team is also counting on guys like Rudy Gay, Davis Bertans, Belinelli, and Lonnie Walker to be plus defenders on the perimeter.  It just isn’t going to happen.  (Good thing they have all that rim protection)

Other than Pop wanting the best possible team for his remaining tenure, none of this makes sense to me.  The Spurs are going to lead the league in long 2s, have poor perimeter defense, and top out as a 50 win team that gets bounced in the second round.

The lack of a lotto ticket bothers the hell out of me.  I would have greatly preferred the Saric/Covington/Miami 2021 first-rounder package.  The organization that had Boris Diaw as an important contributor on two Finals teams should know how to best utilize Dario Saric.  Robert Covington is a premier 3 and D wing, and that Miami pick could find lottery luck come May 2021.

I’m not sure what the salary filler would have been in a Boston trade, but if they were willing to part with the Kings top 1 protected 2019 pick and the Memphis first rounder owed to them, I would have taken that package as well over the DeRozan one.

Wanting to maximize the next three years is one thing, but had the Spurs gotten OG in the trade, or had the 2019 first rounder been only top 10 protected, this trade looks astonishingly better for the Spurs.