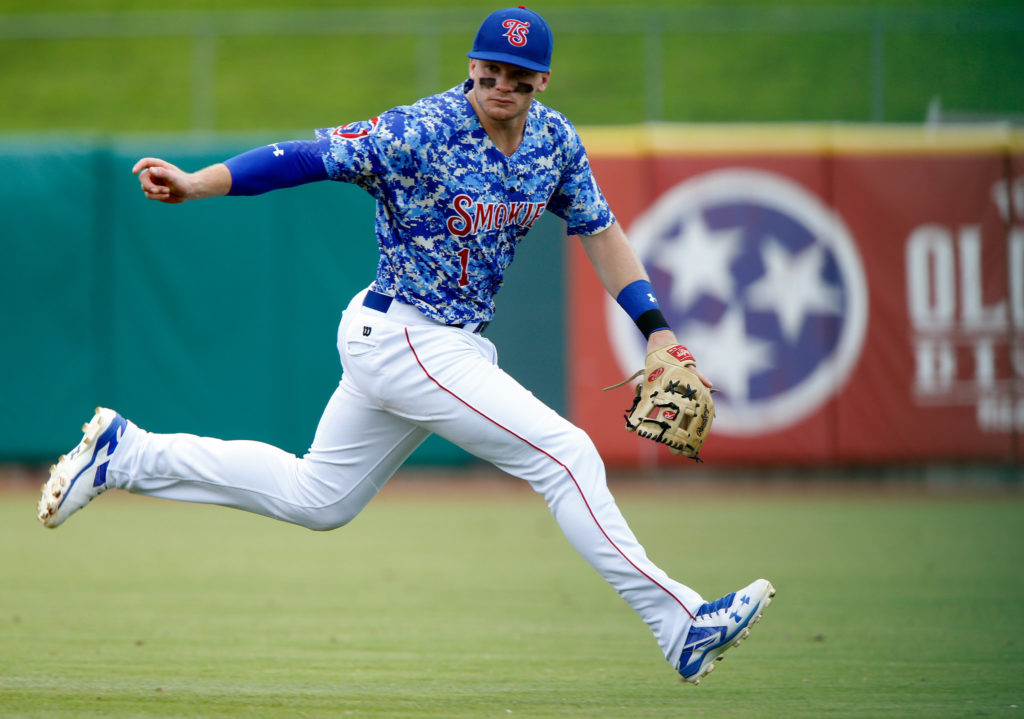 The 2017 MLB regular season has come to a close.  What better time to evaluate potential fantasy baseball buy-low hitters for 2018 than right now?  While everyone else is consumed by the MLB Postseason, **cough – football – cough**, the oncoming NBA season, or just general end-of-summer malaise, we are going to identify players you can acquire below market value right now!  For now I’m going to try and stick to players that are relevant to most fantasy leagues, but future iterations of this column may delve into all sorts of league depths.

I expect some of the players below will develop varying amounts of hype by the time most 2018 redraft leagues start, for now let’s use ESPN ownership rates as a proxy for the players popularity amongst the greater fantasy playing population.

In what was a great year for rookie hitters, headlined by Aaron Judge, Cody Bellinger, and later on by Rhys Hoskins and Matt Olson, Ian Happ fell by the way side. Despite hitting for power (24 homeruns) and showing some speed (8 stolen bases), as well as providing positional versatility (2b/OF), Happ remains unowned in most leagues.  Happ finished 2016 as the #21 rated prospect on MLB.com’s top 100, ahead of all four players named above, and that pedigree is one of the reasons I think there’s more in the tank for Happ.

I’m projecting small to moderate skills improvements from Happ just due to his experience gains at the major league level.  Even if Happ remains the 2017 version of himself I expect him to post stronger numbers based on increased playing time as he continues to take playing time from an aging Ben Zobrist.  Given that his 2017 line extrapolated to 600 plate appearances yields 34 homers and 11 stolen bases, I feel comfortable conservatively expecting 25-30 homeruns and 7-10 stolen bases next year with better counting stats. Furthermore, Happ posted an .863 OPS vs righties in 2017, making him at the very worst a great strong-side platoon option. Contact issues aside (31.2% strikeout rate), Happ has shown the propensity to make hard contact, and was able to barrel up the ball in 7.7% of his plate appearances, placing him in the top 30 of all hitters with 190 or more batted-ball-events.  For reference Bryce harper also posted a 7.7% Brl/PA rate.

Strikeouts are the primary concern with Happ, but given his minor league track record I think he can keep them under control.  Power, some speed, and positional versatility make Happ a reasonably priced upside bet for 2018.

This seems to be a yearly thing with Bird, so I understand if you’re skeptical.  The past couple years he’s shown us just enough to ask “what if?”, only to disappear with some type of injury.  Well, this year is no different.

Let’s start this off by blindly comparing Bird’s 2017 statistical profile to one of the better young power hitters in the game.

You may have guessed that Player X is Rhys Hoskins. Both Hoskins and Bird have the type of profiles we want to see from young power hitters.  They minimize swings at balls outside the strike zone (O-Swing%), they maximize the value of the balls they hit in play (Launch Angle), and they hit the ball harder than average (Exit Velocity). Fangraphs’ Managing Editor Dave Cameron praised Hoskins approach a few weeks ago.  Bird, in a lot of ways, is a left-handed Hoskins. A left-handed Hoskins hitting in the best home park for left-handed homeruns.  If Bird can finally stay healthy I expect a big year from him, I realize this is a fairly big ‘if’, but his profile merits investment.

Chapman may be more of a deep league play, but I think his inclusion is warranted.  Third base has developed into one of the deepest positions in fantasy, and Chapman is the type of upside play you should be looking at in the late rounds of your fantasy draft if you miss out on the top-tier guys.  In 84 MLB games this year Chapman showed above average exit velocity (90.14 MPH) as well a launch angle primed for power output (19.63 degrees).  These two factors alone are enough for me to take a gamble on a guy who is all but guaranteed a starting spot in the lineup all year.

Now Chapman does have his warts, he has struggled to make contact at every level of professional baseball, and that was no different this year in the majors where he posted a 28.2% strikeout rate.  His second half 25.6% strikeout rate was encouraging, and his better-than-league-average swinging strike rate of 10.1% backs up the improvement, but it’s still a little too early to write off his issues with the strikeout.   The second major issue I have with is profile is the 16.8% infield fly ball rate he posted in the majors this season.  Infield fly balls are easy out and a batting-average killer.

Chapman’s wizard-level defensive play will keep him in the A’s lineup, if he can maintain his 2nd half contact improvements I expect he will put up power numbers worthy of many fantasy lineups.

Stats courtesy of Fangraphs and MLB.com.

[…] it is, the long-awaited follow-up to this piece on undervalued hitters for 2018.  Below I’ve identified five undervalued starting pitchers I […]

[…] after reading this article about A-Rod’s 2013 rehab experience with him.  This past October I broke down some of the reasons why I love Bird’s skills.  Let’s just hope his health holds […]