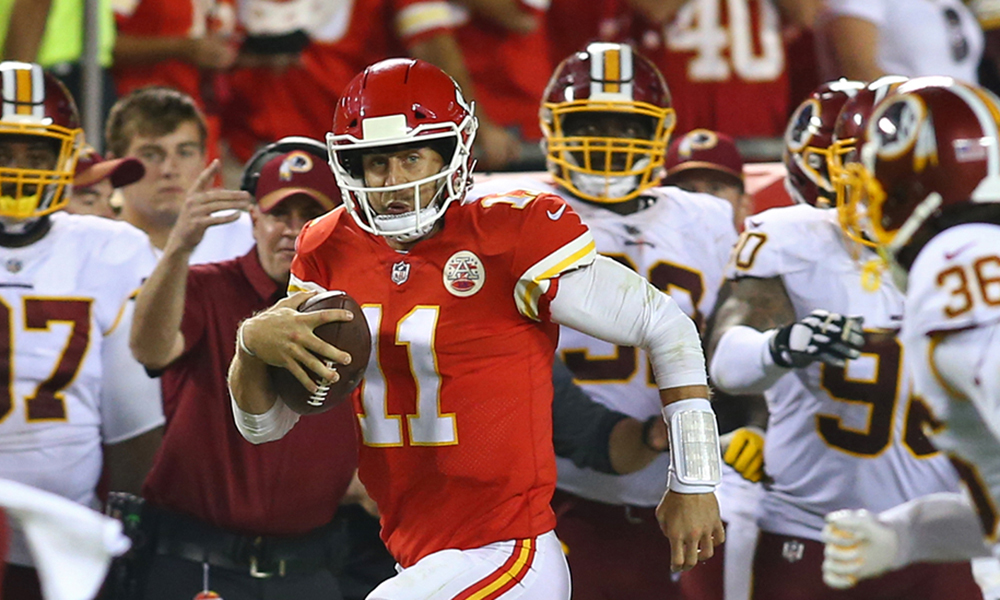 When the league year opens in March, Kirk Cousins will be the best quarterback to hit the free agent market since Peyton Manning in 2012.  We are now assured of the fact that Cousins will get to free agency due to the recent Alex Smith trade.

To get an idea of who has the ability to afford him we should have a baseline understanding of how much money Cousins will command on the open market.  Spotrac has his market value average annual salary at $25.6 million.  This is probably pretty accurate.  It would give him the second highest average annual salary in the league, behind Matthew Stafford.  I don’t know if Cousins will necessarily get this much, or if he will be willing to take less in order to get to his top choice.  But I think moving forward with a figure of $25 million annually for Cousins will work well for our purposes.

Let’s run through the potential landing spots for Cousins.

Kirk Cousins has established that he wants to be part of a winning organization.  Right off the bat, we may be able to eliminate the Browns.  However, they are going to have $111 million in cap space come March 14th and could easily make Cousins the highest paid player in NFL history if they so choose.  The money itself may not persuade Cousins to play in Cleveland, but if they can buy other impact free agents he may buy into the program.

The Browns also hold the first and fourth picks in the draft, along with a treasure trove of additional picks.  John Dorsey may be able to convince Cousins the Browns have the assets for a quick turnaround, spearheaded by Cousins coming on board.  The state of the AFC North may also be appealing.

Other teams with perhaps better surrounding talent will court Cousins, but are trapped in more competitive divisions.  Will Le’Veon leave?  How much longer will Ben play?  How much longer can Baltimore stomach Flacco’s ineptitude?  Can Marvin Lewis and Andy Dalton create sustained success?  The future of the AFC North is cloudy.

The Jets will enter free agency with nearly $80 million in cap space and are another contender to make Cousins the highest paid player in NFL history.  The Jets are so desperate for a franchise quarterback they may just give Cousins a blank check.  How Cousins feels about being in a division with the Patriots is anyone’s guess.  How much longer the Patriots will be the Patriots is also anyone’s guess.

I don’t know if the Jets have the culture of winning that Cousins is looking for, but at least they have some talent on their defense and enough money to address other areas after obtaining Cousins.  For the third time in the past four years, the Jets have the 6th pick of the draft at their disposal to add an immediate difference maker.  Their previous picks at 6th overall, Leonard Williams and Jamal Adams, certainly provided such impact.

The Vikings really are in a rather unique position.  They have very few weaknesses on a team loaded with talent, and will have $56 million in cap space this offseason.  If they view Cousins as a massive upgrade, or even a solid upgrade, from an in-house option, they may just pull the trigger on trying to bring him to town.

The Vikings, of course, do have multiple in-house options, but all three quarterbacks from their 2017 roster are slated to become free agents.  I think Sam Bradford will be elsewhere in 2018, leaving Bridgewater or Keenum as the likely 2018 starter.  However, if Minnesota views Cousins as the guy that can get them to the next level, their ultimate goal, it should come as no surprise if they break the bank for his services.

This isn’t very likely and more of a dark horse to maybe keep an eye on, but the Bengals will have $39 in cap space and can open up another $20 million by moving on from Dalton and Pacman Jones.

Such a move would have been more likely had Marvin Lewis not been retained, as a coaching staff with no ties to Dalton would be more willing to go in another direction.  However, if Lewis deems the switch a significant upgrade, then it certainly is possible the Bengals could at least try to talk to Cousins.  I’d have to imagine the Bengals would also be able to find a trade partner to take Dalton, so the big picture could be viewed as a quarterback upgrade and accumulation of addition draft capital.

I’m sure you’re aware of the fact by now that the Bills would like to move on from Tyrod Taylor.  I have them addressing this desire in my 2018 NFL Mock Draft.  They will have $31 million of cap space come March, and can open up another $15.865 million in space by moving on from Tyrod and Richie Incognito.

Buffalo did have a decent defense last year, ranking 15th in the NFL in DVOA.  Cousins would have a large target in Kelvin Benjamin and the best running back he has ever played with in McCoy, albeit later on in McCoy’s career.  Once again, the question as to how Cousins feels about being in the AFC East is still just a guess.

Elway can also open up another $8.211 million in space by cutting Menelik Watson and Domata Peko.  The Broncos won’t miss either player, as Watson has never performed well during his four year career, and Denver is loaded with quality defensive interior lineman.  Shedding all three players will result in $19.211 million in new cap space, basically 76% of Cousins’ projected average annual salary.

If Cousins is really looking for a culture of winning, Denver and Elway may have the easiest pitch to make.  The Broncos were an AFC West juggernaut during the Peyton Manning years thanks to him, passing game weapons, and later on an elite defense.  DT and Emmanuel Sanders remain, and the defense is still pretty good, finishing 10th in DVOA in 2017.

The AFC West, however, is shaping up to be one of the most competitive divisions in football.  The Chiefs moved on from Alex Smith to unleash 2017 first round pick Patrick Mahomes.  We don’t have a crystal ball to tell us how Mahomes will work out, but the Chiefs are the two-time reigning AFC West champions.  A year after making the playoffs, the Raiders went 6-10 and brought in Jon Gruden and will most likely be stronger in 2018 under his stewardship.  The Chargers, after starting 0-4 in four heartbreaking loses, were not eliminated from the playoffs until week 17, due to a tiebreaker.

Does Cousins want an easier path to the postseason?  Perhaps, or perhaps he is happy being competing for the fruits of his labor.  With the massive upgrade in quarterback play that Cousins presents, Denver would be in the mix to win the division in 2018 and beyond.

I’ve previously touched upon the idea of the Cardinals adding Kirk Cousins to what is the most interesting division in football.  The Cardinals will have $27.3 million in cap space but will have difficulty carving out enough space to really fit in Cousins.  While cutting the likes of Jared Veldheer, Mike Iupati, Phil Dawson, Adrian Peterson and Josh Mauro, could create up to an additional $21.80 million, the Cardinals have to make decisions on John and Jaron Brown, Karlos Dansby, Tyvon Branch, Justin Bethel, Tramon Williams and Frostee Rucker.

I think there is a way for the Cardinals to bring in Cousins and not have to purge the roster or let multiple key guys walk away, but it is going to be difficult and take some creativity.  Approaching Larry Fitzgerald about restructuring his contract is also an option.  Cousins did mention a willingness to make a “sacrifice” to go somewhere he just really wants to go to, so perhaps he can help out and take a little less money.

The Cardinals present Cousins with a chance to play for a competitive team, but Cousins might not want to stick himself in the NFC West, where, if Cousins does sign in Arizona, it is not inconceivable that any of the four teams could win the division in 2018.  There must be something in the water out west.

The Jaguars just went to the AFC championship and can very easily carve out space to bring in Kirk Cousins.  They have $25 million in cap space, but can immediately open up another $19 million by just releasing Blake Bortles.  Cutting ties with Malik Jackson, Allen Hurns, Marcedes Lewis, and Chris Ivory can open up another $24.218 million for Jacksonville.  The Jaguars will have to deal with free agent decisions such as Allen Robinson, Marqise Lee, and Paul Posluszny however.

The Jaguars don’t exactly provide Cousins with a long-standing culture of winning, but they are the 2017 AFC South champions and went toe-to-toe with the Big-Bad Patriots in New England.  Perhaps Cousins can help create a new-found culture of winning in Jacksonville.

However, the AFC South itself seems to be shaping up into a competitive division as well.  The Titans were the Patriots victims in the playoffs before the Jags had their chance.  The Texans will be getting Deshaun Watson, J.J. Watt, and Whitney Mercilus back from injury 2018.  Andrew Luck, presumably, will be back in 2018 for a Colts team that heads into the offseason with $84 million in cap space and the 3rd pick of the draft.  If Cousins chooses Jacksonville they should be considered the favorites, but the divisional dynamics should be kept in mind.

I plan to update my quarterback musical chairs predictions sometime in the not too distant future.  Sorry to leave with a cliffhanger but, well, that’s just good television.  I will admit that I will not be choosing either the Browns or the Bengals.