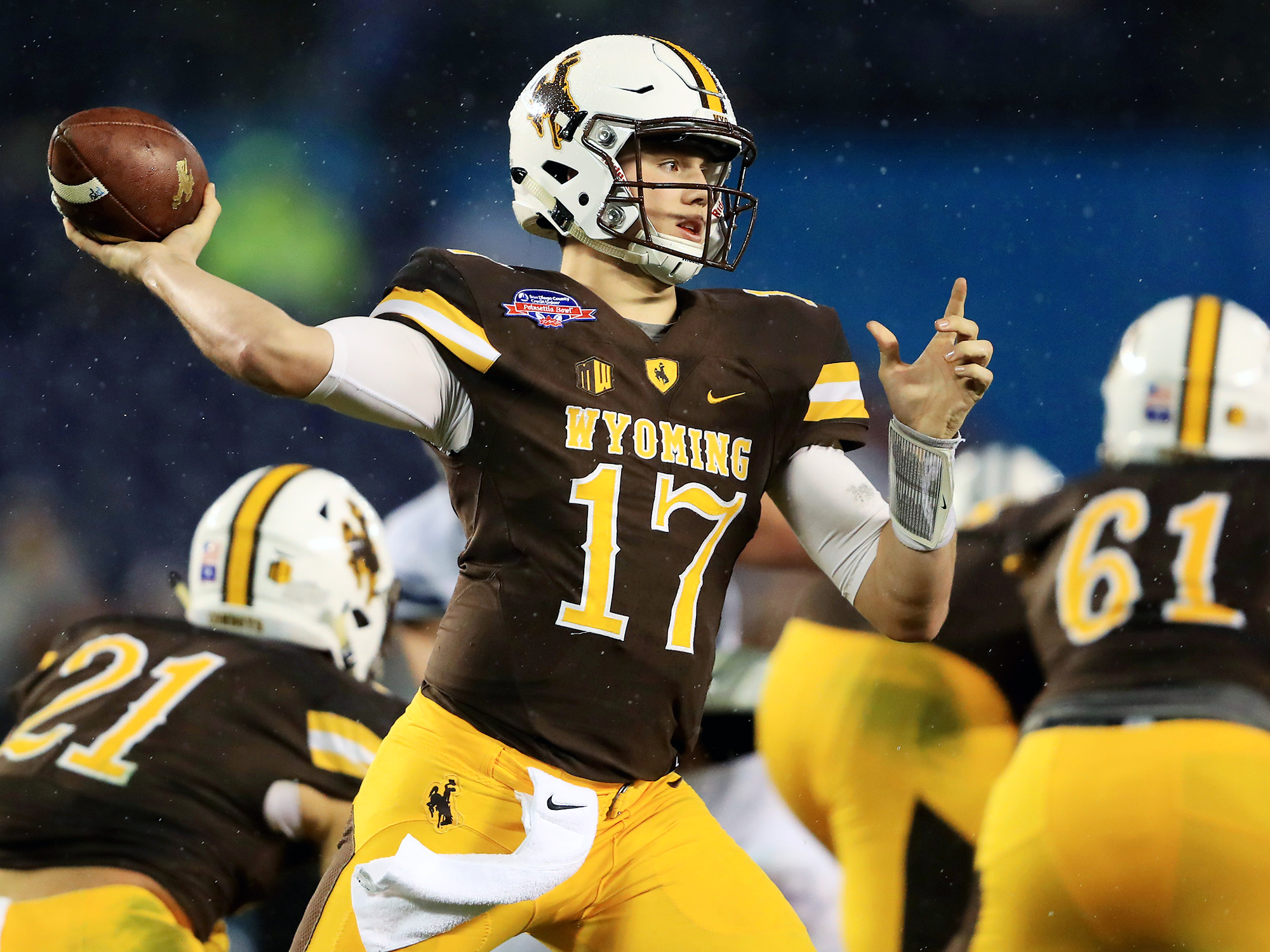 John Elway is a mighty fine Executive Vice President of Football Operations.  Ever since he was hired in January of 2011 he has done a wonderful job constructing rosters that make the Denver Broncos competitive.  The Broncos may currently be slated to pick in the top ten in the 2018 draft, but we should not lose sight of what Mr. Elway has accomplished in the past nearly seven years.

Elway has really done well in the draft.  His first draft decision was going against the conventional wisdom and selecting Von Miller over Marcel Dareus in the 2011 Draft.  Dareus is an All-Pro level talent, but it is quite apparent Elway made the right choice.  Elway has continually performed well with his first selections in drafts by taking Miller, Derek Wolfe, Bradley Roby, Shane Ray, and Garett Bolles.

He has also done well finding talent in the third round or later, drafting players such as Julius Thomas, Virgil Green, Malik Jackson, Danny Trevathan, Ronnie Hillman, Max Garcia, Trevor Siemian, and Devontae Booker.  Siemian may not be a starter level quarterback in the NFL, but 7th round quarterbacks don’t tend to stick around in the NFL and Siemian seems destined to be a journeyman backup.

The Broncos are never cap strapped and have retained financial flexibility throughout Elway’s tenure.  The postseason following a Super Bowl loss Elway was able to hand out $109.5 million of contract value with over $46 million in guaranteed dollars to DeMarcus Ware, T.J. Ward, and Aqib Talib on the same day.

The one glaring weakness on Elway’s managerial resume is his (to this point) inability to stabilize the quarterback position post Peyton Manning.  Drafting Osweiler did not work out, though Elway had the foresight to walk away from a bidding war for his services.  This left the team to turn to Siemian, who has probably been the best version of himself that he can be, and he deserves credit for that, but he won’t be winning any Super Bowls.

The biggest swing and miss on Elway’s resume is trading up to draft Paxton Lynch.  Every scouting report on Lynch was the same: Strong arm, mobile, raw, didn’t play in a Power 5 conference.

With three weeks left in the regular season, the Heisman trophy handed out, and Bowlmania upon us, it is officially time to start ramping up mock draft production.  So, right on schedule, Todd McShay released his first mock draft Wednesday, and it echoed a selection that is pretty popular around the internet: Denver selects QB Josh Allen from Wyoming.

The Bleacher Report mock draft does make a fair point that due to Allen’s arm and mobility, Elway may see some of himself in Allen and fall for him.  You could argue it happened in his pursuit of Lynch.  However, I am here to opine that Elway is too smart and will learn from his mistake in taking Lynch.

Despite a second straight season missing the playoffs, all is not barren in Denver.  The Broncos still posses the 7th best defense by DVOA (prior to Thursday’s win over the Colts).  A majority of the dip in production from Sanders and Demaryius Thomas are likely due to poor quarterback play and a lingering ankle sprain for Sanders.  If you don’t believe me, perhaps you will believe BSN Denver.  The possibility of the Broncos competing for the AFC West next season is real.  They are not trapped in the AFC East or AFC North with a heavy juggernaut spearheaded by a Super Bowl winning quarterback.

Unsurprisingly, Elway has positioned himself well for 2018 free agency.  The Broncos don’t have any major expiring contracts (unless you consider Osweiler to be one), and will have almost $33 million in cap space before accounting for any re-signings or draft selections, with only $365,909 of dead money.  If Elway wanted to save another $11 million he could cut Aqib Talib for only $1 million of dead cap.

There will be plenty of win-now quarterback options available to John Elway on the open market come March 2018.

The Garoppolo trade eliminates the 9ers as a landing spot for Kirk Cousins.  Even though I think Cousins will ultimately stay in Washington, perhaps Elway can convince him to relocate.

The Buffalo Bills are probably willing to offload Tyrod Taylor to the highest bidder/whoever will give them anything.  Since everyone knows this, he will most likely end up being released and hitting free agency.

The Vikings have potentially three starting caliber quarterbacks, depending on Bradford’s health, and realistically can only keep one.

Andy Reid had the balls to trade Donovan McNabb within his own division, so perhaps if Denver is the offering the best trade, Reid will have no hesitation selling Alex Smith to Elway.

John Elway has been to five Super Bowls as a player and another two as a front office man.  Elway is a competitor and I have to imagine he isn’t too thrilled about missing the playoffs in consecutive seasons.  Elway is a smart man and someone who performs the duties of his job very well.  Until Roger Goodell says the words “the Denver Broncos select Josh Allen,” I will not believe it.  Elway wants to win now.  He does not want to wait for another raw, strong armed, mobile quarterback to develop (which, by the way, will essentially waste the remainder of Von Miller’s prime) and then be stuck facing the same challenges ahead of the 2021 draft if Josh Allen turns out to be the next Paxton Lynch.

[…] wrote recently that I believe Elway will go the veteran quarterback route this offseason.  I think the most likely candidates are either Kirk Cousins, Teddy Bridgewater or Case Keenum.  […]

[…] wrote recently that I believe Elway will go the veteran quarterback route this offseason.  I think the most likely candidates are either Kirk Cousins, Teddy Bridgewater or Case Keenum.  […]