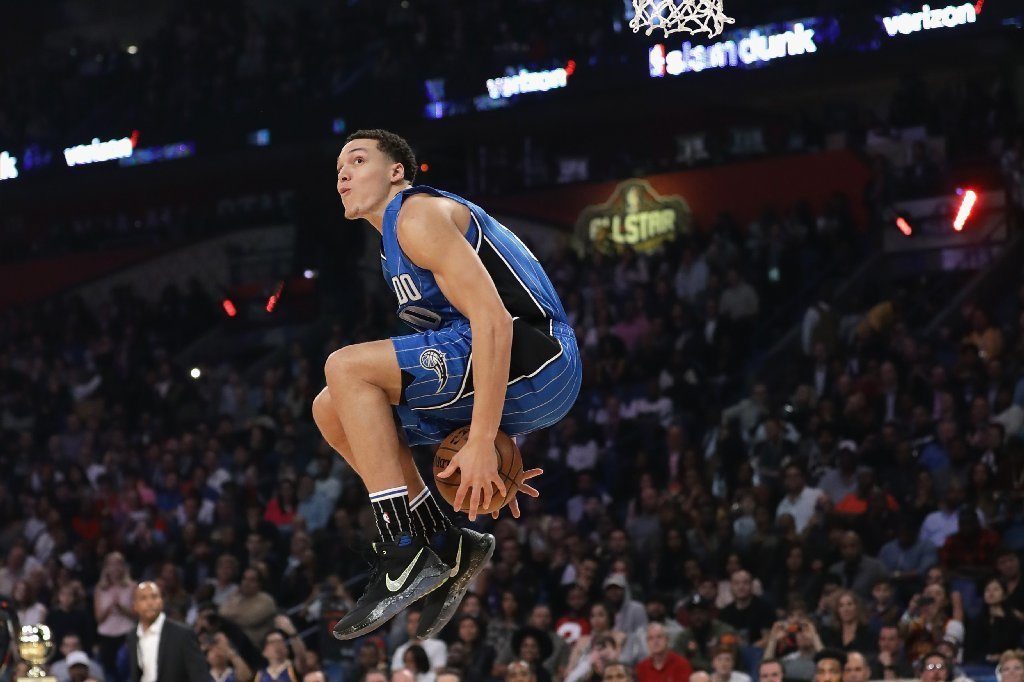 There is a New York based professional athlete with a lot of similarities to Aaron Gordon. No, its not Aaron Judge, at least not for the purposes of this article. This guy is an NBA player. The table below has Aaron Gordon’s career stats per 100 possessions, as well as the unnamed player’s. Can you identify Gordon’s line?

While working on my Eastern Conference Projections I became curious about Gordon. Annually, he seems to be one of those “what if?” guys, who seemingly has all the talent in the world, but just hasn’t taken that next step. Gordon reminded me of a player that I am much more familiar with. Enter Rondae Hollis-Jefferson.

Hollis-Jefferson flies under the radar for most non-Nets NBA fans. The Nets are one of the worst teams in the league, and Hollis-Jefferson currently makes his living on the defensive end. Defense, quite frankly, is mostly ignored by most casual basketball fans. So it makes sense that people aren’t running to tout Hollis-Jefferson’s skill set.

But Gordon does get plenty of attention, despite being a very similar player to Hollis-Jefferson, so let’s compare — maybe I am completely off-base.

I’m going to let your eyes do most of the work for me, in the table below I have compiled Gordon and Hollis-Jefferson’s measurable physical attributes.

These numbers are from their respective draft years, so although they have probably changed to some degree, Gordon and Hollis-Jefferson still remain remarkably similar physical specimens. In general, Gordon is the bigger, more physically imposing player, while Hollis-Jefferson makes up for his height deficit with increased lankiness and quickness.   When it comes down to it both players are top-end athletes and have no size-related problems as wings in today’s NBA.

Statistically, Gordon and Hollis-Jefferson also bear many resemblances. Below is the same table of each players career stats per 100 possessions, I wouldn’t want you to have to scroll.

Gordon has played 4,992 NBA minutes to Hollis-Jefferson’s 2,404, so while neither sample size is incredibly large, keep in mind that Gordon has had about twice the amount of time to establish this baseline. After looking at each player line, it quickly becomes apparent that these two players do many of the same things well; it also becomes very apparent that they have the same major flaw. Neither can shoot the ball beyond the arc with much reliability.

Unfortunately athleticism doesn’t necessarily correlate with shooting ability (just take a look at Steve Novak, he was basically a statue that could shoot). Will either of these guys learn to shoot? It’s hard to say, and while I wouldn’t bet on it, they both are young and have time to figure it out. Just becoming an adequate outside shooter would be a big win, considering the other skills they bring to the table.

If Hollis-Jefferson can’t develop an outside shot I can picture him as a point-forward defensive specialist type, a guy who can be a secondary/tertiary ball-handler. You know, like the poorest-man in the world’s Giannis Antetokounmpo. I envision shot-less Aaron Gordon turning into the poor-man’s Blake Griffin, a guy who passes well, can dribble a little, and wows the crowd with ferocious dunks. For now, I’ll hope that both these guys find their shot. The world is a better place with well-rounded wing players.

So what was all this about? Mostly just pointing out that despite his lack of hype, Rondae Hollis-Jefferson compares well with one of the best young “upside” players in the game. But also that you should be keeping an eye on these two throughout the season, if either of them develops any semblance of an outside shot they will become dangerous, and nearly complete players.