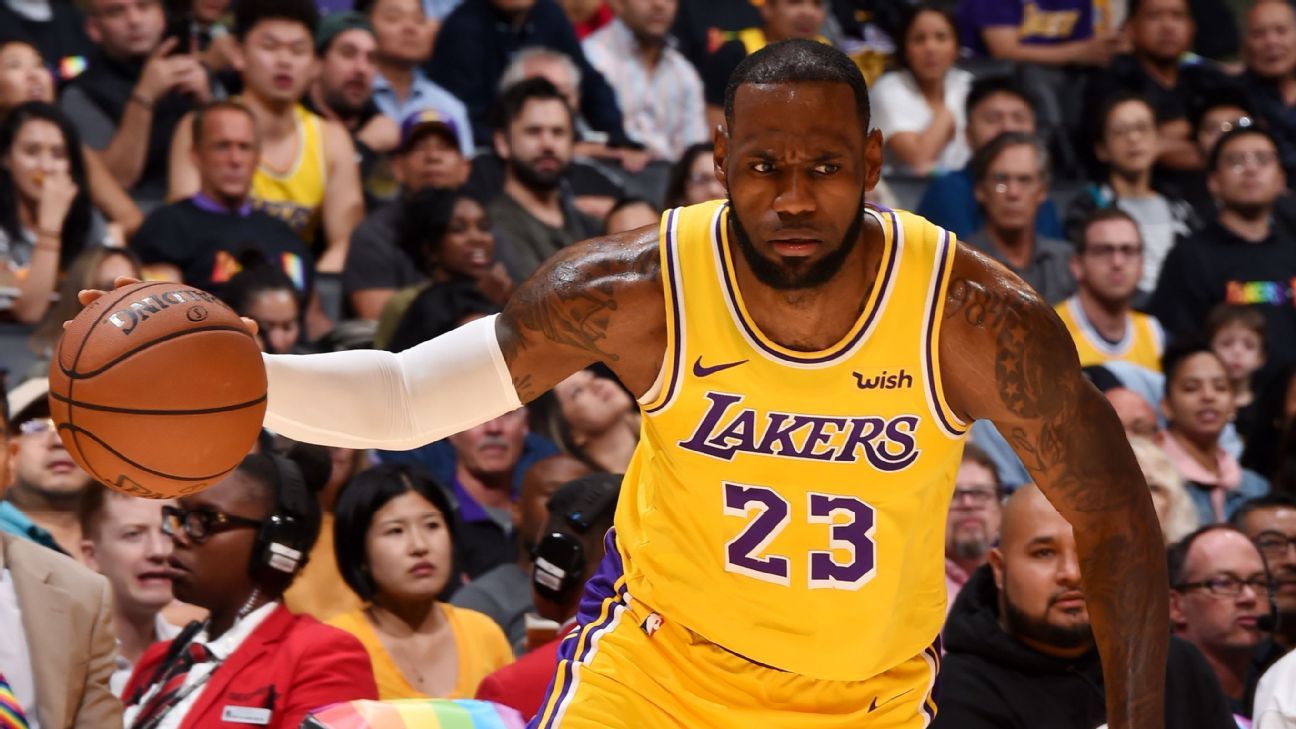 This is equal parts LeBron being worthy and the media giving him a lifetime achievement award while not wanting to crown anyone else MVP.

Picking an old winner is boring (ignore the fact James has four MVPs for a second) so we can probably cross off Durant, Steph, Harden, and Westbrook.  We can cross off Westbrook anyway.

The shiniest new contenders are Giannis and Anthony Davis, but their teams may not get to enough wins or a high enough seed to merit the award.  I’m not saying that should be part of the criteria, I’m just acknowledging the history of MVP voting, and this is who I think will win, not who I think will end up deserving it most.

Because the guy I think will end up deserving it most is Kawhi Leonard.  It’s risky to say since who knows how healthy he will be all year, but before his injury I thought Leonard was the 4th best player in the league behind LeBron, Steph, and Durant.

I also picked the Raptors to finish with the best record in the East, which will put him square into this conversation.  I think Toronto has a chance to be both a top five offense and top five defense, which isn’t a stretch since they were the only team do accomplish that last season.  This time around, however, Leonard will be the engine on both sides, which is really hard to do.

But due to the entire debacle that was the Kawhisis last year, I feel like this is akin to 2010-2011 LeBron where the media is so pissed at him no matter what Kawhi does he won’t win the award.

Which brings us to LeBron.  If the Lakers do finish 5th and push for home court in the first round, LeBron will be painted as having dragged a bunch of children to a competitive seeding in the absolutely brutal Western Conference.  “Look what he’s doing at his age!” they will scream for the fourth consecutive season.  After perhaps being screwed out of at least one championship due to one of the best dynasties in NBA history, I’m going to predict the media gives LeBron a 5th MVP to join Kareem, Bill Russell, and Michael Jordan as the only players in league history to win the award five times.

As mentioned above, I think Kawhi is going to be the real MVP of the season but that the media won’t give him the award.  However, this seems like a compromise the media will be willing to make, as Leonard reminds us all that in modern history the list of best perimeter defenders is him and Scottie Pippen, end of list.

As I mentioned in the Eastern Conference preview, Evans is the exact secondary ball handler/shot creator the Pacers were missing last season.  He is going to get every chance he wants to run this offense when Oladipo sits, and you have to figure he will be in the closing lineup for a team that has home court in the first round.

Evans has now shot 38.7% from three over his last 489 attempts, and he if can keep at that mark, he is going to post solid counting stats on at least decent efficiency.  The 6th Man award tends to go to a microwave scorer each year, and had Evans 1. stayed healthy and 2. not been forced into the starting lineup due to other injuries, he would have been a contender for this award last year, even with how well Lou Williams played.

Luka Doncic slices through 4 defenders with a behind-the-back move and kicks it out to Wes Matthews for a wide open 3 pic.twitter.com/Div0CHHS56

I just really don’t think this is close and don’t feel the need to go too far in depth here.  Doncic just dominated the second best league in the world.  He is more pro-ready than any college kid from this draft class.  He also doesn’t have anyone in front of him hindering his playing time.  Barring injury, this seems like a lock.

Brandon Ingram is currently third in the league during preseason play in free-throw attempts. His 8 attempts per game, rank only behind Kawhi Leonard’s 8.3, and Paul George’s 9. https://t.co/ZjY6edvg1c

If it isn’t Ingram, it’s going to be Jamal Murray, who has a striking number of similarities to Damian Lillard.  The key difference for me here is volume.  I don’t know how much Murray’s role is going to increase from how he has been deployed in previous seasons, where as the Lakers want Ingram to grow into the big-time second scorer.

If Ingram gets to the line often and hits his spot up threes at a reasonable rate (he should see lots of spot up opportunities playing with LeBron, Ball, and Rondo), then he should post a rather efficient season as LeBron’s side kick.  It also doesn’t hurt playing for the NBA’s glamour franchise.

I went with Snyder last year and he came in second.  This time around he should be presiding over a 50+ win team with a top three seed and no true superstar.  Brad Stevens is the other choice, but I think the media will look at how much Stevens has to work with and settle on Snyder.