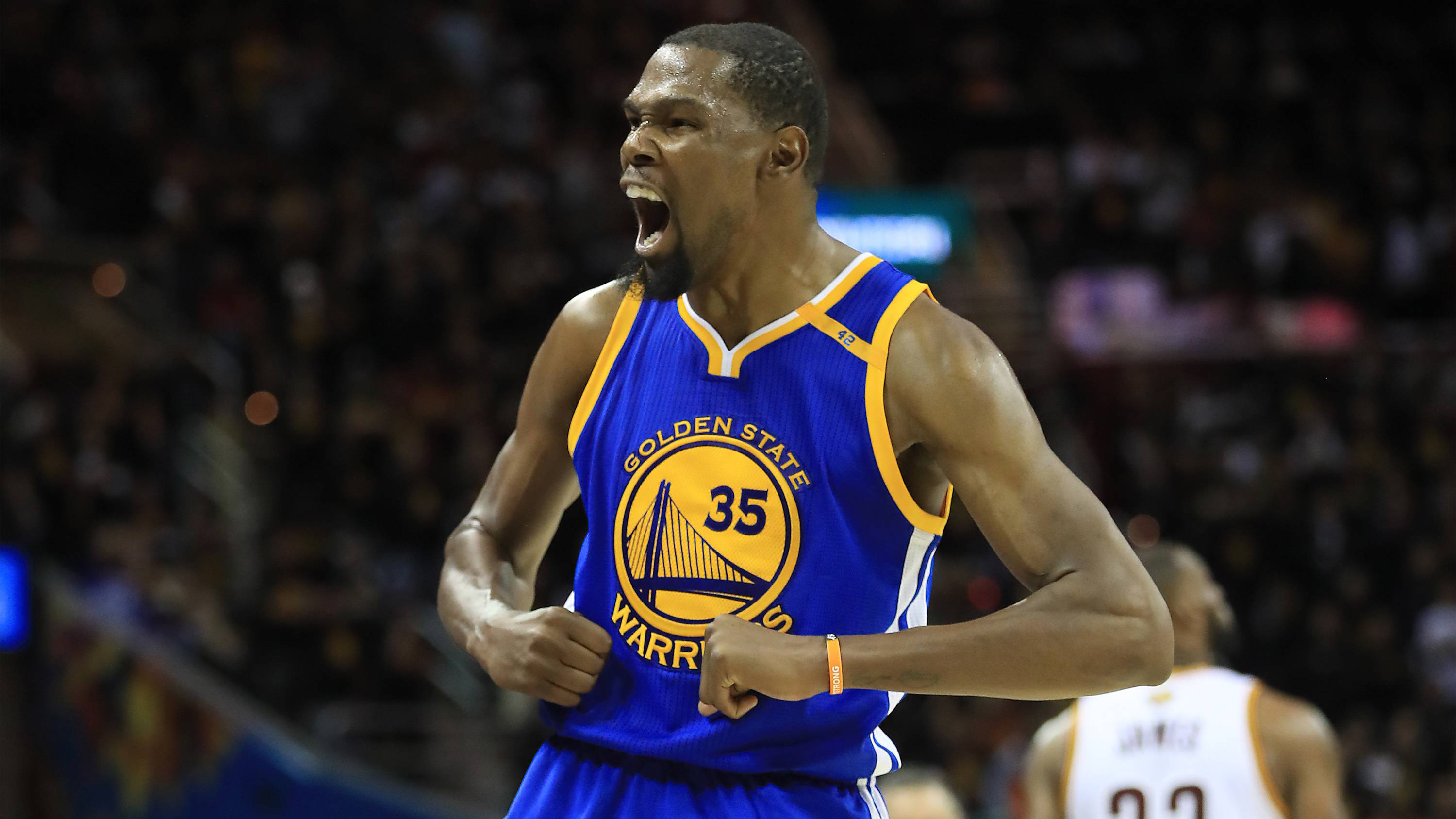 The annual cycle of All-Star hoopla has come with the full rosters being released on Tuesday.  This, of course, immediately led to everyone discussing who got snubbed.  In the spirit of getting in on the conversation, I am posting my 2018 NBA All-Star Roster.  However, I should first point out the parameters I use when making my decisions, as it varies from what is probably the norm:

I built this from the ground up, meaning I didn’t factor in anyone else’s opinion

I don’t place as much emphasis as others do on things such as how many games a team has won?  Does this team deserve this many guys?  This team has won so much at least one guy should go. If you’re the Hawks, you probably don’t have someone that deserves to be in the All-Star game, so that takes care of itself. If you’re the Warriors, you have four top twelve NBA players, so why does it matter that they’re all on the same team?

This is the 2018 All-Star Game. It is not the 2018/who has the best career track record All-Star Game. I want the guys that deserve it most this season to be in the game.

So, no, my starters don’t differ from the fan voting at all.  Most of my selections don’t differ, but I would like to imagine everyone is basically on the same page as to who should be playing in this game.  I actually think that the starters are rather self explanatory so I’m not going to spend time discussing them.

As for the reserves, my two differences from the real roster are excluding both members of the Wizards backcourt and selecting Andre Drummond and Kemba Walker instead, so I’ll start here.

First, Drummond.  In case you were wondering, Andre Drummond is currently leading the NBA in Defensive Rating, Defensive Win Shares, and Defensive Box Plus/Minus.  This is probably overstating his defensive impact, especially since he isn’t that good of a rim protector.  However, the sweep of all three category is impressive nonetheless.  He also is currently 13th in Win Shares and Win Shares/48 minutes, 6th in Box Plus/Minus and 5th in Value Over Replacement Player.  Consider, if you will, that Drummond is currently averaging 15 rebounds per game (which leads the NBA) and 3.8 assists per game.  There have only been 32 instances of a player averaging 15 rebounds and 4 assists for a season, and Wilt Chamberlain, Kareem Abdul-Jabbar, and Bill Russell comprise 20 of those seasons.  He is shooting a career high 63% from the line, 22.5% above his career average.

It is easier to compare Kemba directly to the Washington Bros so let’s go ahead and do that:

Why, exactly, are both Wizards guards in the All-Star Game over Kemba?  Because the Wizards are going to make the playoffs?  Great, so they have each other AND better surrounding talent as well.  Why should Kemba be punished for being on a crappy team when he is outplaying both these guys?

Kyle Lowry is one of only three players in the NBA averaging 17 points, 6 rebounds and 6 assists.  Lowry is 18th in Win Shares, 11th in Box Plus/Minus, 10th in Offensive Box Plus/Minus, and 13th in VORP.

Victor Oladipo should have the most improved award on ice by now, assuming no major drop off in production.  I’m going to save building his case for an awards article that will be out in a few weeks.

Among players defending at least 4 shots per game within 6 feet of the basket, and having played in at least 35 games, Kristaps Porzingis has the second best Defended Field Goal Percentage.  In fact, among players having played at least 35 games and that are defending at least 10 shots a game, Porzingis is 9th in Defended Field Goal Percentage (Giannis is 8th, Al Horford is 7th, Lowry is 6th, Durant is 5th and Lonzo Ball is 4th!!!!!!).  He is also leading the league in blocks per game.

Yes, I went with Kevin Love.  Despite his team accusing him of faking an illness during the Oklahoma City blow out, Love is actually having his best season as a Cavalier.  Among his four seasons in Cleveland, Love is enjoying high marks in PER, True Shooting Percentage (career high as well), Points/40 and turnover rate.

I am swapping out Boogie for LMA in the starting lineup.  They are both playing at an All-NBA level but I think LMA has been better, especially defensively.  The Spurs have essentially played the entire season without Kawhi and still have home-court advantage in the first round.  Yes, a lot of this is Pop, but the anchor on the floor is Aldridge.  I will dive into this in greater detail in the forthcoming awards article.

The rest of the starters are once again self explanatory so let’s get to the reserves.

Speaking of Towns, the dude is nuts this year.  He is second in RPM for centers.  He is leading the league in double-doubles, is hitting over 40% from three, and enjoying a career high 63.6% True Shooting Percentage.  He is also second in the NBA in Win Shares, 6th in VORP, 15th in Box Plus/Minus and 18th in Offensive Box Plus/Minus.

My Last Three Spots came down to Paul George, Damian Lillard, Klay Thompson, Draymond Green, Chris Paul and Lou Williams.  I was hamstrung by having to choose a front court player before getting to the two wild cards.  That left Draymond vs Paul George for the final front court spot and I gave Paul George the nod.  The two are neck and neck in most advanced categories:

George has been even or slightly more efficient than Green on a larger usage.  George has also been the best wing defender in the NBA this season, which might be the toughest job in the league outside of offensive creator.  George’s burden on the Thunder clearly outpaces Green’s burden on the Warriors, and he is performing at least the same with less talent around him.

The First Wild Card I awarded was Damian Lillard.  In fact, this was a no brainer to me, and it will make more sense after I build his case and the case for why I left out who I left out.  Here is the list of players in the NBA this season averaging 25 points, 6 assists and 4.8 rebounds:

We’re down to four for two spots.  My favorite player in the NBA is Chris Paul, and Chris Paul is the first guy I eliminated for the final spot.  If I am going to truly believe in “your best ability is your availability,” then I can’t advocate for a guy that has missed 17/46 games, 37% of the season thus far.

On performance alone Chris Paul is debatably an All-Star Starter.  Curry would still get the start, but it’s really close:

Chris Paul, this season, has been nothing short of incredible.  If Paul’s games missed were in the single digits this wouldn’t be an argument.  Paul has very clearly been the third best guard in the NBA when on the court, behind Steph and his teammate James Harden (sorry Kyrie).

My final spot goes to Lou Williams over the other two Warriors:

Lou Williams has weathered the storm amid a rash of injuries that has devastated the Clippers into sometimes fielding a G-League team featuring Lou Williams.  Patrick Beverly (36 games), Blake Griffin (16 games), Danillo Gallinari (36 games), Milos Teodosic (27 games), and Austin Rivers (15 games) have all missed significant time.  The Clippers have stayed in the playoff hunt, and actually got up to the 7 seed at one point after Blake Griffin’s return from injury.  A lot of credit goes to Doc for this, but Lou Williams was the one on the court.  Klay and Draymond are irreplaceable pieces on the greatest team of all-time, but Lou has been better with a much, much larger burden.  It also helps that he out-dueled Kevin Durant, while dropping 50, in Golden State, in a game Jeff Van Gundy said the Warriors would win if they spotted the Clippers 50 points before tip-off.

[…] Lou Williams should have been an All-Star.  Williams is enjoying the best season of his career.  He is posting a career high in both points per game and assists per game.  He is also posting a career high in PER (22.1), True Shooting Percentage (59.6), and VORP.  He is maintaining performing efficiently despite a 30.1 usage rate.  He is on pace to post the highest Win Share total of his career and there is no one else coming off the bench this season that is even in Williams’ stratosphere. […]